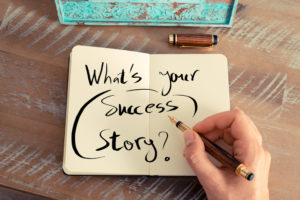 Michael Barnett, Founder & CEO of Your Phone App, became a Bizness Apps reseller in November 2014. In just two years Michael has established himself as one of our most successful resellers, as well as one of the most engaged within the Bizness Apps reseller community. We recently caught up with Michael to learn more about his meteoric rise to the top of the white label app reselling game. 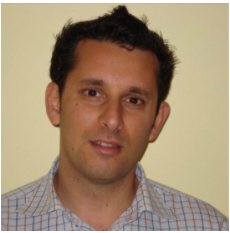 BA: Tell us about how you got started with your mobile app company?

MB: “I started my business in late 2014. I was making pretty decent money back then, but I was sick of working for other people. I was 41 years old, and I’d always wanted to own my own business – it was just a matter of what the business would do. I eventually came across Bizness Apps, I started my business, and I haven’t looked back.”

BA: Of all the business opportunities out there, why did you decide to start a mobile app company?

MB:  “My father owned a dry cleaning business for 38 years – I know how tough it is for small businesses to interact with their customers, and I think apps solve that problem. That’s why I got into this industry in a nutshell. I don’t think any product in the world engages customers as well as an app, and Bizness Apps is the best in the world at delivering apps. You make it affordable for that to happen.”

BA: You’re coming up on two years as a Bizness Apps reseller now. Where are you at with your business today – how many apps have you actually sold?

BA: Those are some impressive numbers! What can you tell us about the sales tactics that you use to sell apps?

MB: “I am starting to get more inbound inquiries through my website. Also, whenever I visit an existing client, I do walk-ins to other businesses in the area. If I’m in a retail strip, I grab business cards and get business owners’ names. If they’re not there, I ring them up, make an appointment. I tell them that I’m one of Melbourne’s leading app developers, and ask what time suits them – AM or PM? Don’t say ‘Can we make an appointment?’ Don’t give them the option to say ‘No.’ ‘No’ is not in my vocab. I also use Linkedin as well.”

BA: What type of businesses do you typically sell to? 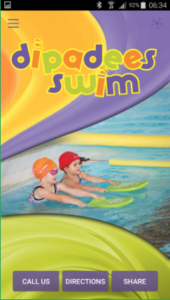 MB: “I think you need to focus on a niche, you can’t just go everywhere. I want to be known as Melbourne’s app guy. I recently partnered with the Australian Swim Schools organization, and now I’m their app guy for their members. But restaurants and cafes I’m experienced at, as well as health and beauty – gyms, personal trainers, hair salons. And now swim schools as well.”

BA: What do you think has led to you being so successful so quickly? What can other resellers learn from your approach?

MB: “The only way you’re going to be successful is if you’re really good at one thing, and let other people handle the other stuff for you. I get other people to build my apps for me – I go out and sell. That’s my business model. You have a great product – I can build an app start to finish, blindfolded, but I don’t want to. I want to sell. In order to have a business that relies on bringing in new customers, you’ve got to know how to sell. I had a record month last month, I brought in 10 apps. If I had to build them as well, I probably would only have brought in 6. The only way to make a decent go of running our business model is sales sales sales and building a good pipeline. It’s a numbers game. Get someone to build your apps and you spend the rest generating income.

My philosophy is that you have to be brilliant at one thing. I don’t think you should do this business on the side, or be good at both websites and apps. Sure, if you have an agency it’s great to also do logos, websites, etc but where are you specializing? Don’t you want to be brilliant at one thing? I think that’s what’s led to my success so far.”

BA: Any final thoughts for us Michael?

MB: I love Bizness Apps! After my wife and kids, I have all the time in the world for Bizness Apps. You guys are my livelihood!

Have you always wanted to start a business, but haven’t found the right idea yet? Are you ready to make a career change and leave the 9-to-5 life behind? Have you tried other business endeavors but ...

How to Become an Effective White Label App Reseller

As a white label reseller, you’re able to start your own business without having to build a customized solution from scratch. However, while the product you are reselling is ready for takeoff, you n...

As a small business owner, you need to wear a lot of hats. Accountant, Social Media Consultant, Marketing Manager, Customer Service Specialist; the list is long. Luckily there are hundreds of apps to ...