Will Mobile Apps Change How We Use E-Commerce Websites? 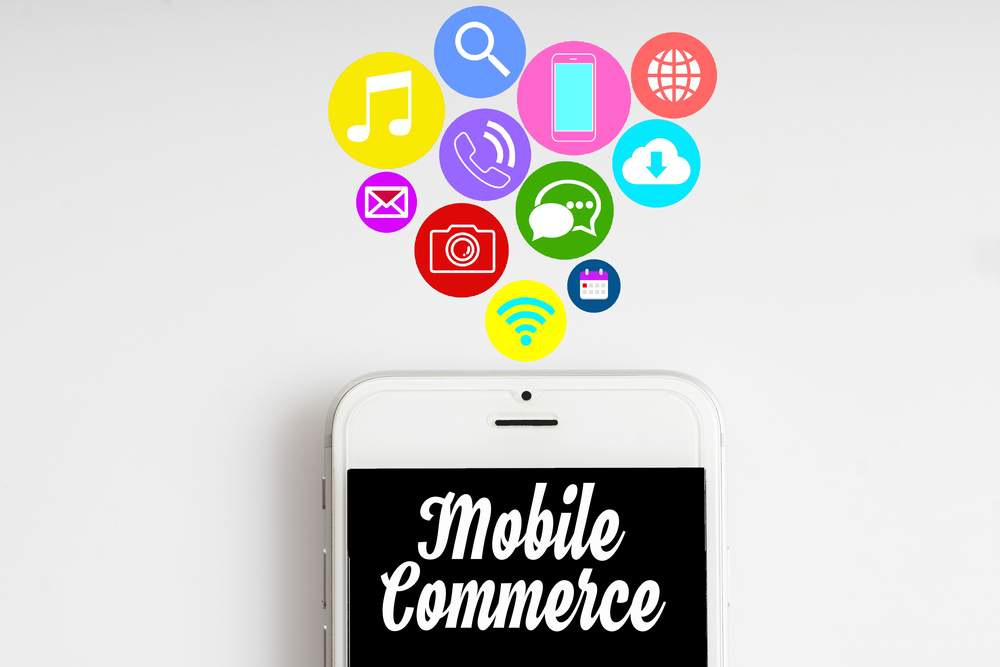 2016 has seen remarkable changes in how people view online shopping as a whole. Last year, physical stores were full of people swarming to grab the lowest Black Friday deals, but this 2016, we’ve seen tides change as people now turn to online shopping because of its hassle-free benefits.

Even though sales were expected to go up, but that’s no longer the case. “In 2016, consumers can find most of those deals online over the course of a couple days, and they don’t have to brave massive crowds to do it,” Fortune concludes.

Online shopping has indeed reshaped people’s buying habits. Before, Black Friday sales were anticipated as its date comes near. However, this 2016, Amazon dared to change the status quo as they started their Black Friday deals as early as November 1.

TechCrunch has crunched the numbers for us, with a report on Adobe’s final numbers on Black Friday. They figured out that this year’s sales surpassed estimates, with $3.34 billion – 21.6 percent growth, year-over-year.

Thanksgiving and Black Friday mobiles sales were over the top, with top online retailers like Amazon, Target, and Walmart releasing numbers that mobile has opened a new era of online shopping, with its tumultuous contribution on their online sales via exclusive mobile app deals.

2016 is indeed the year of mobile E-Commerce taking over E-Commerce websites.

They added that, “in 2020, mobile apps are projected to generate 188.9 billion U.S. dollars in revenues via app stores and in-app advertising.”

Moving App: From Web to App

Binny Bansal’s gamble on going app-only earned mixed reactions. It did not take too long before Amazon India caught up with their growth.

Flipkart has dared to go where other sites won’t try; an app-only E-Commerce store in India. Despite the revenue and its ruling power in India, this only gave Amazon India the asset it needed to get ahead of the competition. Perhaps it was too soon to leave the desktop-only audience, however, Flipkart paved the way that it is possible to run a store that would reach any user from any part of the country (or the world) via a mobile app.

While shutting down websites in favor of mobile apps hasn’t been a prerogative for most companies online, mobile apps has shown remarkable performance in this year’s sales report. 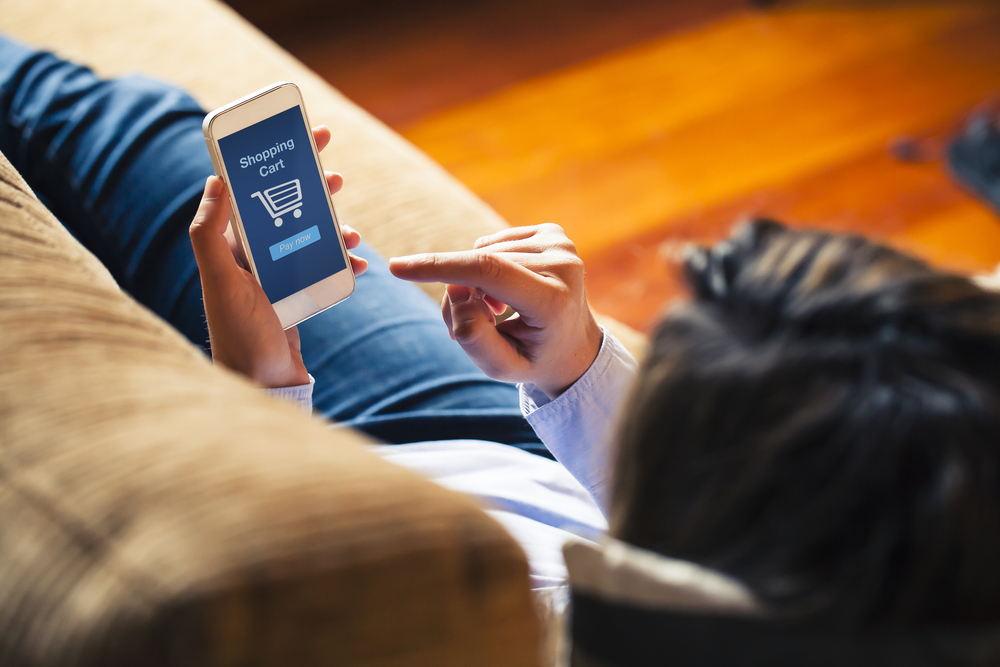 A mobile app only environment does wonders for an E-Commerce site, but as we’ve seen with Flipkart’s current condition, it is without its own cons as well.

Data is consolidated in the app environment. We are used to tracking sales both in desktop and mobile. Through a mobile app, efforts are more targeted and user experience is consistent through and through. What you collect is raw data; no need to think of other common factors that are in conflict with desktop usage. Because people spend more time on apps than on a mobile website, you can learn more about their shopping behaviors; use this to your advantage.

In addition to that, consider your mobile app as a direct marketing channel for your brand. It does not create friction since you solely own your audience’s attention. There are no distractions that may pull him out of the sales funnel.

However, if a user cannot find what he’s looking for in your app, it is only natural that they shift their attention and use search engines to find other options aside from your own. Did you know that users browse 286% more products in apps than on the mobile web? A poorly designed mobile app can significantly reduce interest among its audience.

Perhaps one of the main benefits of mobile app usage is faster loading times. Because a mobile app is considerably lighter than a desktop website, user experience can be improved. However, if fast loading times are countered by a poor interface design, bounce rates are still expected to increase due to audience’s disinterest.

One of the biggest considerations if you are panning on setting up a mobile app to complement your mobile website is your users. Studies have shown that customers prefer mobile apps over mobile websites. Some of the reasons are the following.

Using the features of smartphones, everything is almost automatic with mobile apps – especially with regards to payments and checkout. With mobile apps, it is much easier to pay whether it be by using mobile banking apps, scanning your credit card, or by digital wallets.

Mobile applications are truly dedicated to make things easier for consumers to do their transactions.

Mobile apps offer improved flexibility for its users. First of all, apps are way more responsive than mobile websites. Also, there are fewer connectivity issues – if you have a stable internet connection, your dedicated app would almost never have a problem working. Mobile apps can also make use of smartphones’ features such as Bluetooth, GPS, and the phone’s camera.

Aside from that, mobile apps for E-Commerce sites are far easier to navigate than mobile websites on a phone’s browser. So even when the user is moving, he can comfortably use the app to shop!

Again, a lot of consumers are utilizing apps nowadays. They actually expect more known brands to have a dedicated app. That being the case, companies should see the need to come up with a mobile app to increase their reach and engagement, on a channel that is used by a lot of potential customers.

When shoppping, mobile apps can provide a higher level of personalization than mobile websites. Click To Tweet

Another beauty of mobile apps is the personalization that it offers. Mobile apps personalize the shopping experience of customers by sending push notifications (whether it be for news, or promos).

With mobile apps, it will also be easier to collect data from the user for you to be able to understand their behavior better. With the help of mobile analytics tools, you can make use of these data to further personalize the shopping experience of mobile app users. E-Commerce-aside, you can even use mobile apps for fundraising events, and more.

That’s why you should see it beyond its icon – this is the closest you can get to be in touch with your audience, and your customers.

Mobile Apps Will Continue To Change How Shopping Is Done

True enough, these reasons are enticing consumers to utilize mobile apps instead of mobile websites. And this is not just a fad – it is seen as an actual change brought in by the development of mobile devices. And as we further dwell into the mobile era, it is expected that mobile apps will continue to change the way online shopping is done. 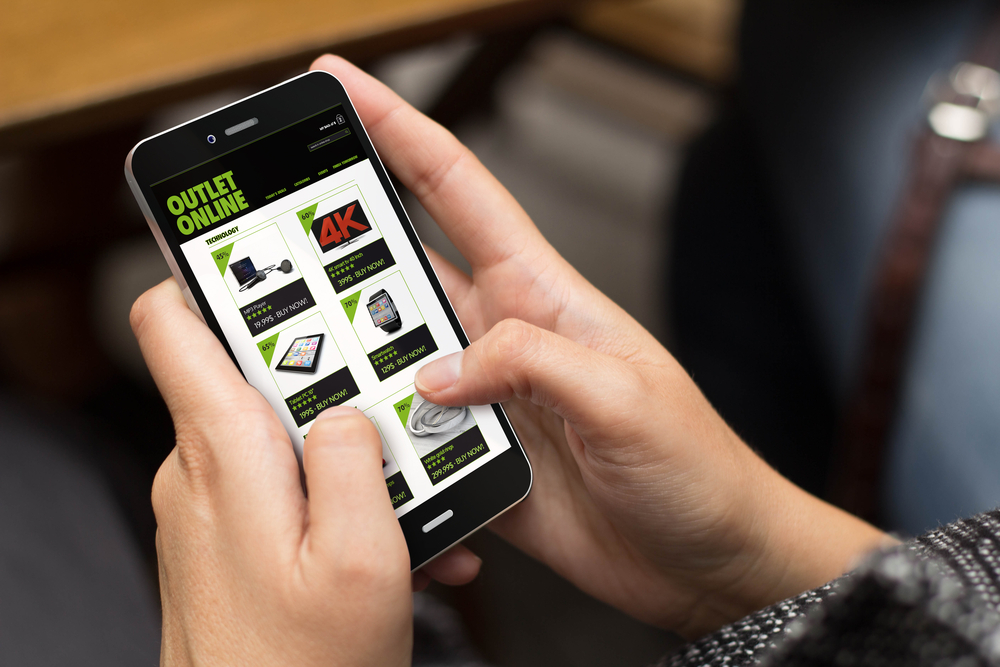 Businesses need not to look further if they want to have a mobile app of their business. Should they want to use it for lead generation or sales, there’s a wide range of mobile app builders that they can choose from. If you’re looking for an all-in-one solution, look no further – Bizness Apps can take care of the work for you!

Best of all, Bizness Apps can help you whether you’re planning to start an online clothing store or sell car parts, Bizness Apps has you covered because it can be easily integrated with Shopify, Magento, and Volusion.

That being said, it is smart for E-Commerce businesses to spend time, effort, and resources in coming up with a mobile app for their online shop. It wouldn’t take too long before a majority of online shoppers to do their shopping on dedicated apps. This is one of many ecommerce trends to watch in 2017.

Erin Feldman is an E-Commerce business owner somewhere in California, specializing in activewear and yoga outfits. She’s now debt-free from her student loans after she tried starting an online clothing boutique. You can find Erin doing a Baddha Konasana somewhere in La Jolla Cove when she’s not busy with her business.

The online (and offline) business owners of today are taking a keen interest in understanding and exploring the potential of mobile commerce, also referred to as m-commerce. This is because m-commerce...

How Mobile Commerce Will Profit This Holiday Season (Infographic)

Let’s talk mobile commerce. With the holiday season right around the corner, now is the time to ensure that your business is ready for the potential profits that mobile commerce has to offer. If...